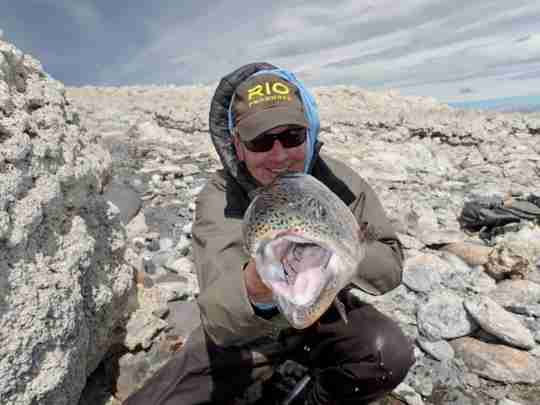 LIVES IN:  Kelowna/Tunkwa Lake, BC

TARGETED SPECIES: mostly salmonids, but I’ll fish for anything that’ll take a fly!

I took a flytying course in North Vancouver when I was 13 years old, but family circumstances prevented me from getting into flyfishing in a meaningful way back then. I rediscovered it when my wife, Wendy, and I moved to Lillooet in 1987 where I was a professional biologist operating the Seton River pink salmon spawning channels. Living right on the river and looking for something to do after work led me to spin fishing, but I didn’t find it very interesting. A colleague at head office suggested I try flyfishing, and happily he had a friend who’d recently opened a tackle shop in Port Coquitlam, so he put together a basic flyfishing outfit for me and sent it up on the bus. Thankfully, I usually had the river to myself because at first I spent a lot of time unhooking myself, snapping flies off on the rocks and trees behind me, and casting like I was trying to ward off a swarm of bees with a broomstick. But I learned, caught fish, and I shortly became a very avid fly fisher. I was soon tying flies, building rods, and venturing further afield to fish lakes and other rivers and chase steelhead. To paraphrase Roderick Haig-Brown, I liked flyfishing because it made me think and feel, and it still does. I also love learning, and there is always something to learn with flyfishing!

In 1992 I changed careers and became a middle school teacher in Kelowna. Wanting to share my passion with my students, I started a flytying club at my school and, eventually, a co-curricular flyfishing program. A big part of my program’s success was due to the support we received from the flyfishing community; most of our equipment and supplies were donated! I also taught flytying at our local fly shop, led casting workshops in the Okanagan and, as RGB Sales (Sage, RIO, Redington) pro-staff, promoted and demonstrated flyfishing equipment at events in BC. I think I enjoy teaching flyfishing and fly casting almost as much as flyfishing itself!

In 2000 Wendy and I parked our travel trailer at Tunkwa Lake Resort where we’ve been spending summers ever since. Wendy and I retired in 2018 and we bought a cabin on Tunkwa so now we spend at least the whole open water season at our home lake.

In 2015 I was invited to join a team for the BC Provincial Loch-Style Championships and, to my surprise, I discovered that I really liked competitive flyfishing, even though I was terrible at it at first. The competitive angler community was (and is) very friendly, welcoming and supportive, and I’ve enjoyed competing in river and lake competitions ever since.

I’m very pleased to be a member of the Togens team! 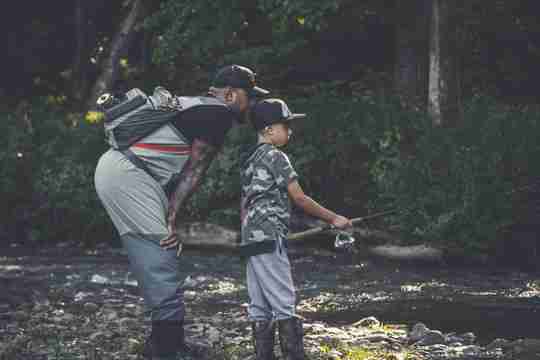 I’ve been fishing my local waters since the tender age of 10.  With a small break in my mid-late teens because I was too cool to skool (obviously).  Wasn’t until my early twenties when I picked up my first fly rod, and since then, there’s been no turning back.  I kicked into high gear and went straight to freak-fanatic mode once I learned that I could make the very same flies I was buying at local shops and big box stores.  I could tell the story of the first fish I caught on my own fly a million times with the same enthusiasm, every time.

Once I became a father, is when my entire outlook changed.  I had a responsibility, a drive, a motivation to teach my son, and eventually a second son, the importance and beauty of fly fishing.  To respect and appreciate the ever-evolving sport and hobby and treat it with pride and passion.
Fly tying, like fly fishing, is my yoga.  If I can help even one person find their “yoga”, then it’s all worth it.

Where to find Chris! 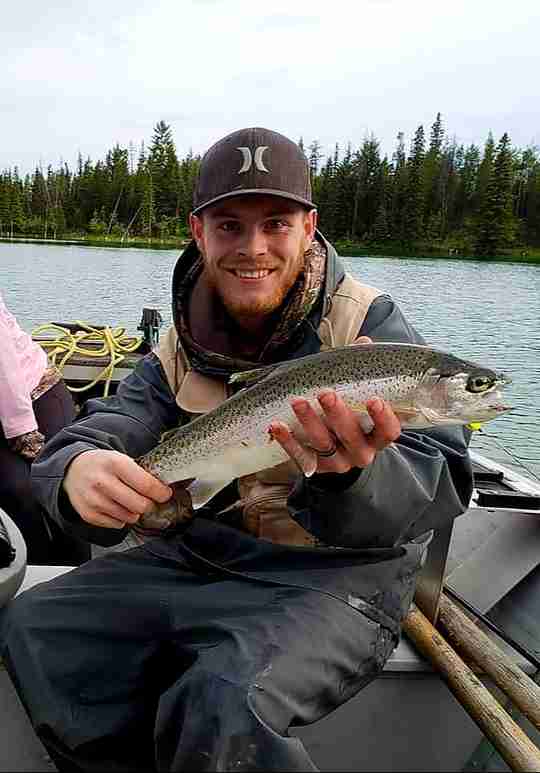 I grew up in a small town in British Columbia called 100 Mile House that has some amazing trout fishing and some beautiful lakes . I have been fishing for as long as I can remember. I am now 30years old and love it more and more every-time I am out on the water. I took up fly fishing when I was 19 when a friend took me out on my first fly fishing adventure, I can still remember hooking that first fish and really feeling how the fish reacted to the bite, not only that but the sensitivity and control I had was unbelievable and from that moment on I was HOOKED!!

Now I find myself fully committed to my fishing whether I'm out fishing, studying bodies of water, researching bugs or tying flies I spent most of my days fishing. I also love tying flies. Chironomids, leaches ,minnows, boatman, scuds, nypmhs, boobies ,blobs, drys.. you name it and I tie it .]

I spend a lot of time examining insects and trying my best to replicate the colors and movements in these bugs that I am seeing the fish feed on . I recently took on competition fly fishing and have been learning a lot from it . I am looking forward to many more years of competing, fishing , and tying !!!

Where to find Tyler 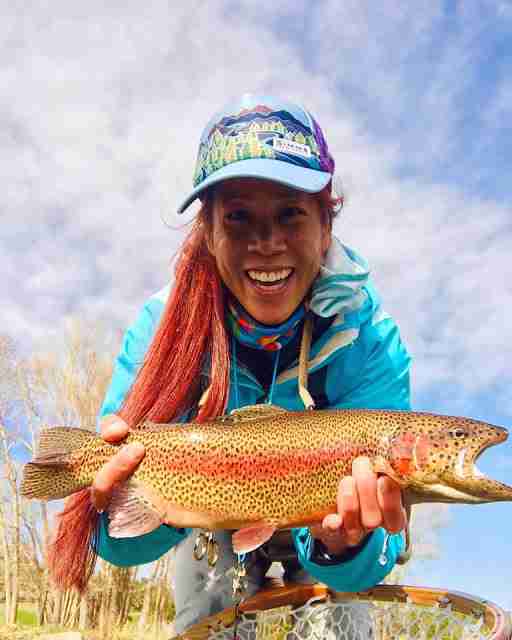 The river resonates trickles, bubbles, and ripples with the existence of what a river is.  Fly fishing for me has become the art of casting, fly tying, and the passion to stalk trout in many picturesque rivers, creeks, streams, and alpine lakes.  Fly fishing has so many intricate details and facets from the spontaneous hatches, to the most technical presentations required to the ever changing drifts of a trout stream.

There is such enjoyment from fly tying of the absolute bliss of catching beautiful trout on my own flies.  I believe fly tying gives me the artistic touch in creating the tiniest forms of art for the prize, the trout.  I spend many evenings tying, replenishing my fly boxes, and preparatory for the next trip to the river.  When your neighbourly angler kindly asks you what the fish are taking, it is kind of a secret.  It's not available in stores.  It is a wealth of trout lore at your finger tips.

Where to find Cat! 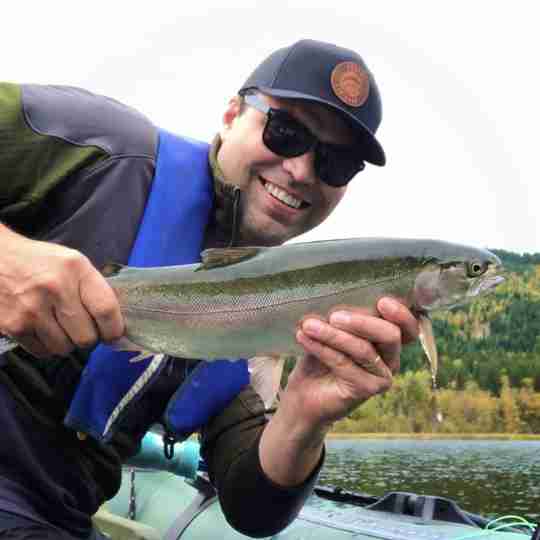 LIVES IN: Vancouver, BC

I was born and raised in Kamloops B.C. where I grew up spending most of my time playing guitar or fly fishing a remote lake or river in the area. In my mid-teens I got into fly tying with friends from high school and started putting together patterns I hoped would match the hatches I saw happening in the local waters. Since then the art of fly tying and fly fishing has become a passion and at times an obsession! In 2017, I began competitive fly fishing which has been an incredible learning experience. The flies, equipment, and techniques used have given me a wealth of knowledge and definitely helped put more fish in the net. From this I’ve been able to win top medals in both individual and team categories and have been awarded Most Improved Competitor River and Lakes combined for two consecutive years. Looking ahead my goal is to represent my country on team Canada and bring home a gold medal in the awesome sport of fly fishing. 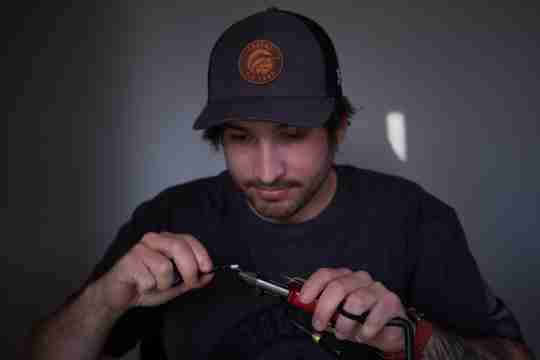 FISHES: Where ever there is Trout

I have always been fishing in some kind of way since my grandfathers and father took me fishing for salmon and trout in local rivers and lakes. But for maybe 6-7 years ago I really got into fly fishing, and the addiction has just become bigger and bigger. Especially after I started with fly tying. I wanted to learn more about tying my own flies, to get some knowledge about the insect's life cycle and how to tie the different kinds, and also to know how to fish the flies I tied on the tippet. And after I started with fly tying the winter months has become more relaxing. If I'm not out fishing I'm probably at the vice.

PS: We have big grayling in Norway nobody is fishing for. 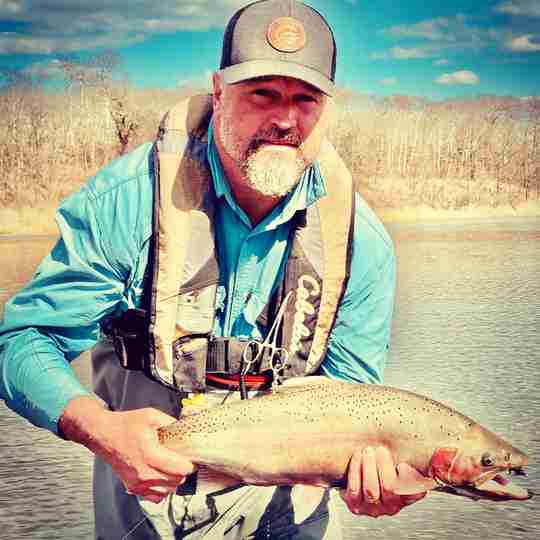 I'm happiest at the vise creating new patterns and improving on the old standards. I feel my personal and spiritual best using them.

After cutting my fly angling teeth on the waters of Western and Central Oregon 40 years ago, I moved east. And since the late 1980s, I've been casting flies up and down the Rocky Mountains region and across The United States' and Canada's Great Plains.

Here on the prairie, I was introduced to fly angling for northern pike, walleye, and carp and I've gotten more serious about them over the years. But after getting my first float tube in 1995, 90% of my angling has been in still water environs pursuing trout. That remains my foremost passion.

Where to find Chuck: 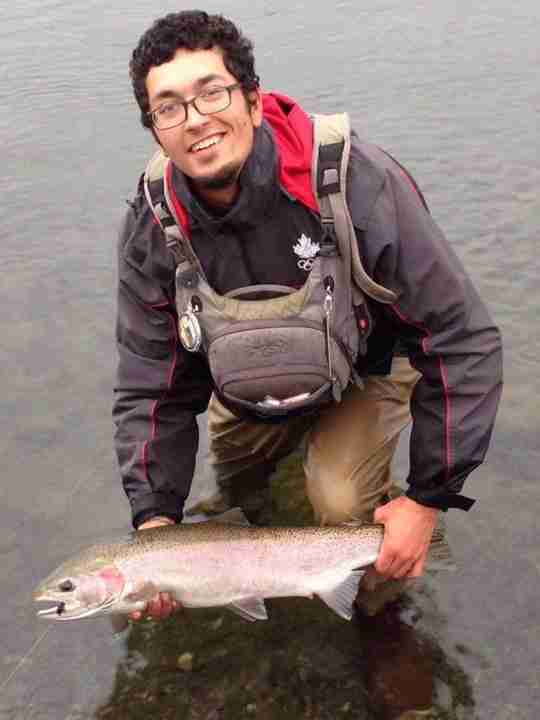 Growing up in Brampton, Ontario, fishing (let alone fly fishing) was never really a thing. A serious accident left me in pursuit of another passion in life, and that is where I found fly fishing. It became so much of a passion that at the age of 19, I packed up and left home for good, for the pursuit of happiness. Two days and eighteen hours later, I stepped off the bus in fly fishing mecca, Kamloops, BC.

Involving myself in the world of fly fishing, becoming an advocate and making it my career was (and still is) my dream. Since then I have become the president of local group the Kamloops Fly Fishers and am their representative on the Regional Angling Advisory Team committee with the ministry of FLNRORD within Region 3. I am also the KFF’s project coordinator and collaborate with other groups, clubs and associations to drive bigger initiatives. Currently a member of BCWF and BCFFF as well as assisting the ministry and DFO to provide information on our local fisheries.

I am also one of BC’s top competitors and over the years of intense learning, I have been privileged enough to take home numerous medals in both small and large fly fishing competitions. The last one being the North American Fly Fishing Championships in the BCCFFL, where teams and individuals from all over the world came together to compete in the place I now get to call home. Now a proud member of team Togens, this is just the beginning, and I am eager to see where this passion of fly fishing will take me. 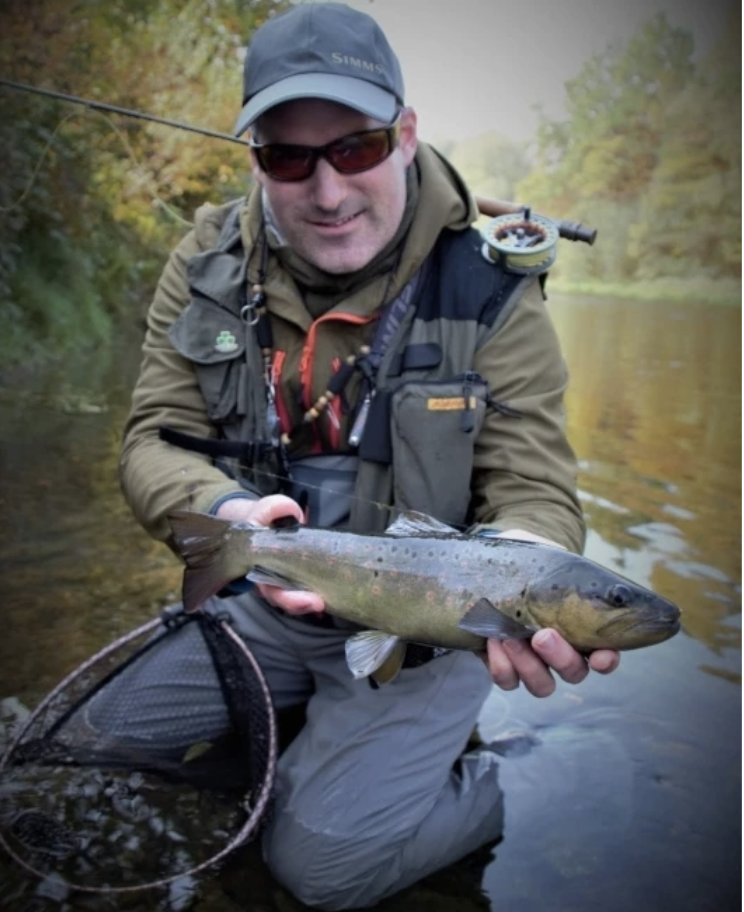 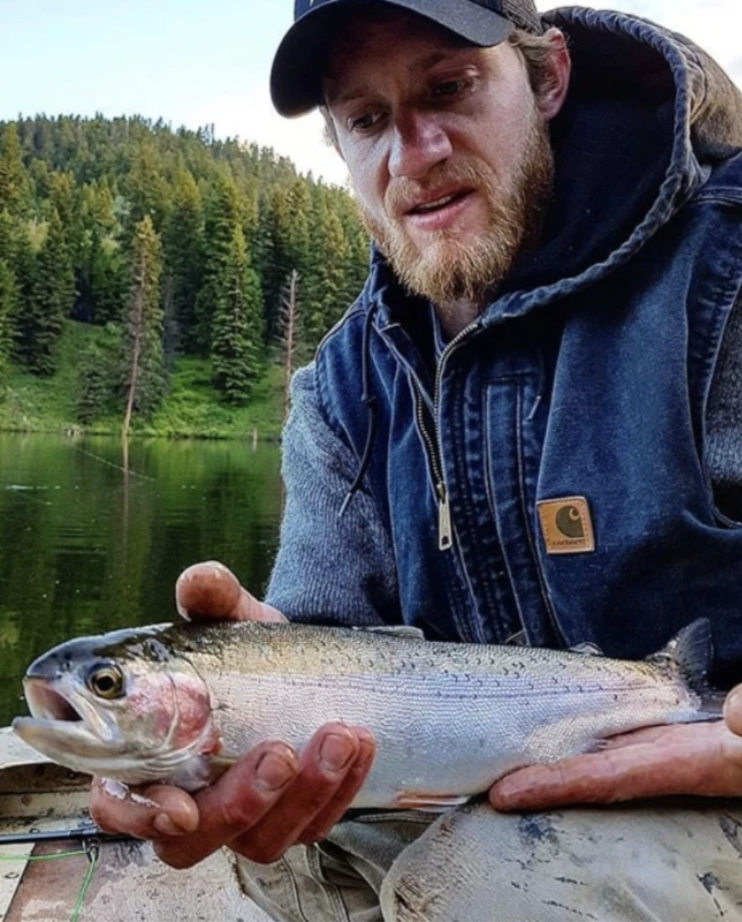